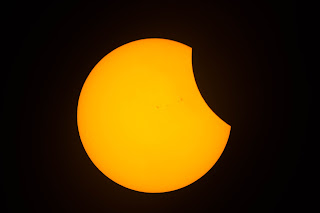 I hope everyone enjoyed the whole eclipse experience, whether you actually saw totality or not! I didn't, but that's ok - there's two more in Chile in the next three years, and an annular in the US after that. Then's there's one in seven years that people are talking about. 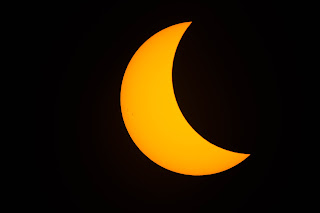 There were several photos posted on our Facebook Page that I wanted to share here for anyone who doesn't use Facebook. I ended up photographing the eclipse from my back yard. I considered driving to somewhere clear, but the traffic prediction were horrendous. As it turned out, it wasn't bad until the eclipse was over. 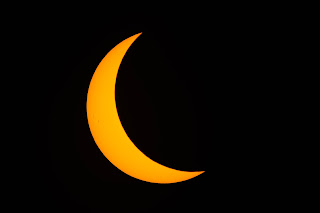 There ended up being lots of passing clouds during the approach to totality, and as the moment drew closer, a storm front slowly obscured my view minutes before totality! 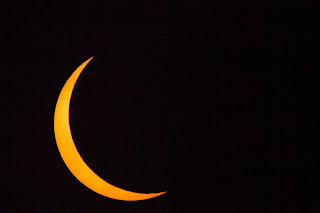 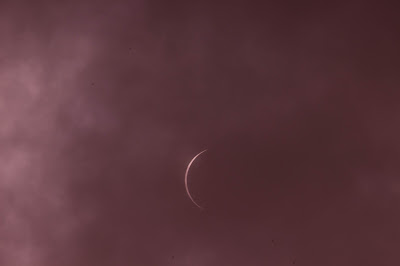 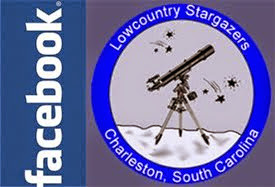